Phil Neville posted a photo of him taking a trip on the London Underground on Wednesday afternoon in which he looked extremely nervous.

The 40 year old ex Manchester United defender also revealed that it was his first ride in London Metro.

He had been in London to record live commentary for Real Madrid’s Champions League win over Napoli on Tuesday night.

Of course, Neville got a lot of abuse for his post. 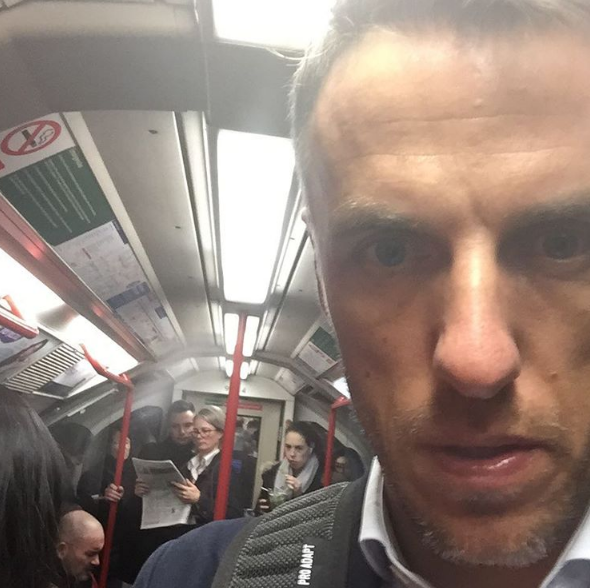 ElClásico Takes Over the World