LaLiga’s latest rising star midfielder Matheus Fernandes has a chance to learn at Real Valladolid between now and the end of the season, before settling at Barcelona over the coming campaigns.

A move which perhaps ran a little under the radar during LaLiga’s January transfer window, the technically and physically gifted young Brazilian looks to be an excellent short-term loan signing by Real Valladolid. Barcelona have already agreed to sign him permanently from Brazilian club Palmeiras on July 1st.

Matheus has stood out in Brazilian football as a deep lying midfielder who is disciplined defensively and also capable of constructing attacks from deep, a role which Sergio Busquets, now 31, has filled so admirably at the Camp Nou over the last decade. 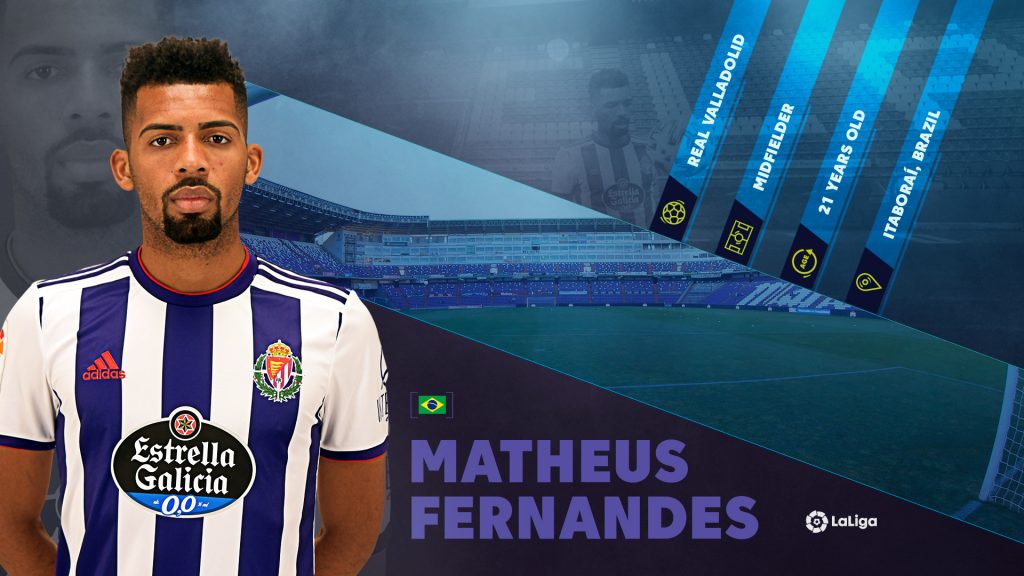 At 1.83m (6ft) tall, Matheus covers the ground easily in front of his defence, while an accurate right-foot can play short or long passes to get his team moving forward. Versatility means he has also played further forward, or on the right of midfield as his coach requires.

Born in June 1998 in Itaborai, near the Brazilian city of Rio De Janeiro, Matheus Fernandes Siqueira developed in the youth system of Rio-based Botafogo and made his senior debut aged just 17 in February 2016.

By the following season the slight but talented youngster was a regular starter as Botafogo reached the quarter-finals of that year’s Copa Libertadores. He followed that by helping his team win the 2018 Campeonato Carioca regional championships, with his performances drawing attention from scouts of other Brazilian and European teams.

December 2018 brought a move to Sao Paulo side Palmeiras, who had just won that year’s Brazilian Serie A title, and whose other midfielders include former Brazil international and ex-RCD Mallorca, Racing Santander and Almeria UD player Felipe Melo. The following season saw Matheus gradually introduced to the Palmeiras XI, playing 11 Serie A games in total, and scoring his first goal for the club against Flamengo last December.