The only coach to have managed Real Madrid, Barcelona and Atletico Madrid

The Serbian played two seasons in LaLiga with Real Zaragoza, but really left his mark with an illustrious coaching career spanning three decades. He passed away due to a long-standing illness on April 6th, aged 71.

In the competitive world of football, it’s difficult to be admired and beloved across an entire country. Yet that was the case with Radomir Antić, the Serbian who coached six different LaLiga clubs – Real Zaragoza, Real Madrid, Real Oviedo, Atlético de Madrid, Barcelona and RC Celta – and who sadly passed away on April 6th at the age of 71, after a long battle with pancreatitis.

Antić played two seasons in Spain with Real Zaragoza between 1978 and 1980, scoring seven goals in 58 appearances, a very creditable return for a defender. But it was as a coach that he excelled and won the hearts of fans across Spain.

Antić coached 409 matches in Spain’s top flight, putting him 16th in the all-time ranking for games in a LaLiga Santander dugout. His crowning moment came in the 1995/96 season when he led Atlético de Madrid to the one and only double in the capital city club’s history. Atleti have won 10 league championships and 10 Copa del Rey titles in their history, but only with the Serbian tactician did they lift both trophies in the same year.

Those were the only trophies that Antić won during his managerial career, but he achieved so much more than that, with 172 top-flight wins, a stat which places him 14th in the all-time ranking for victories at the highest level of Spanish football.

As well as achieving so many victories during his time in Spanish football, Antić left a remarkable legacy as several of those who he coached have gone on to achieve success in the same profession. Diego Simeone, Luis Enrique, Frank de Boer, Eduardo Berizzo, Míchel and Phillip Cocu are some of those who spent time working under the Serbian and who went on to do use the knowledge imparted as they made their own way in the world of coaching.

Antić’s greatest achievement, though, is surely the fact that he remained so popular everywhere he went. He coached all across Spain, from one side of the country to the other, and was respected by all.

As one of his former players Paco Buyo put it in the hours after his death: “When you leave such a legacy, it makes sense that everyone connected with Atlético Madrid, Barcelona and Real Madrid remembers you with such fondness.” 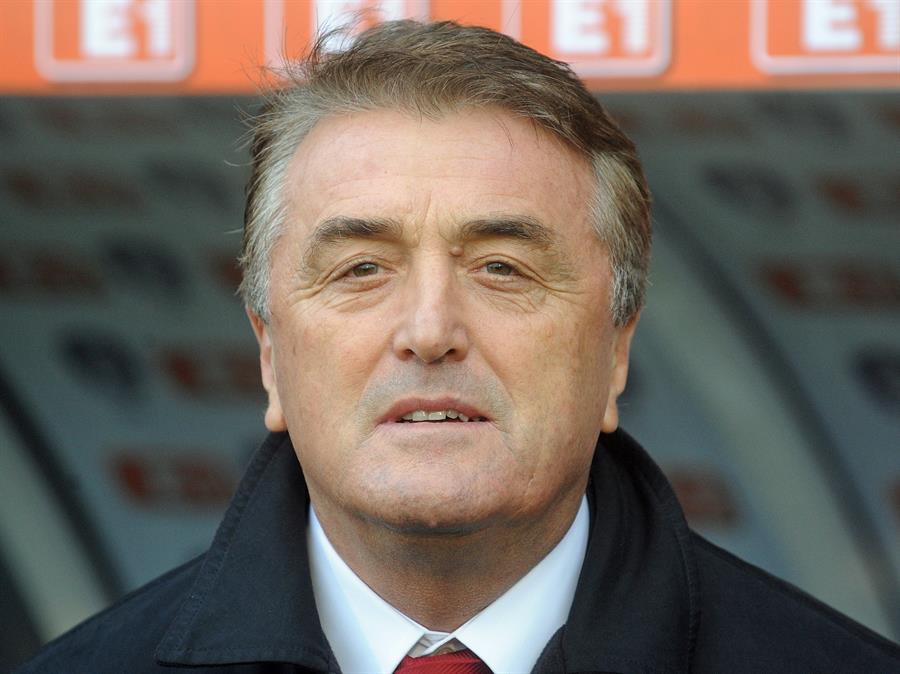 1988-1990: Real Zaragoza – His first head coaching role with a club he had represented during his playing career. There, he led his team to fifth and ninth in the table during his two seasons at La Romareda.

1991-1992: Real Madrid – His results with Real Zaragoza were impressive enough for Real Madrid to turn to him towards the end of the 1990/91 season. They then started the 1991/92 season well and Antić had Los Blancos top of the league at the halfway stage of the campaign. Yet he was let go and Real Madrid went on to squander the seven-point lead that the Serbian had built up.

1992-1995: Real Oviedo – Having done well at Real Madrid, Antić’s reputation had grown and he soon found more work in Spain, coaching Real Oviedo and keeping them away from the relegation zone, which was considered a major achievement.

1995-2000: Atlético de Madrid – Antić then went on to coach Atleti in three separate stints over the following five years, most notably winning the double in his first campaign at the Vicente Calderón. Although he departed in 1998, he was brought back to perform rescue jobs in the 1998/99 and 1999/2000 seasons, although the latter finished in relegation in what was seen as a lost cause when he took over.

2003: Barcelona – After taking a break, the Serbian was back in a LaLiga dugout and this time he was at Barcelona, becoming in the process the only coach ever to take charge of Spain’s ‘big three:’ Real Madrid, Atlético de Madrid and Barcelona. He took over halfway through the 2002/03 campaign and worked miracles, taking Barcelona from 15th place to sixth, only to be let go at the end of the season.

2004: RC Celta – Antić briefly coached Celta Vigo in what would be his final coaching stint in Spain before going on to coach the Serbian national team and to work in China.