In a hidden room in Levante’s stadium, groundsman Raimon Ferrer has built up a collection of shirts, photos, documents and more.

Tucked away in a corner of Levante’s Estadi Ciutat de València, there is a special room packed full of nostalgia and memories. Created and maintained by groundsman Raimon Ferrer, El Raconet – The Little Corner, in English – is an Aladdin’s cave full of old shirts, boots, photos, paintings, documents and other artefacts that each tell a part of the Levante UD story.

It is the brainchild of Ferrer, who has worked as a groundsman at the club for over 30 years, and it was around three decades ago that this room full of memories was created. During one pre-season, Ferrer invited some of the players to share a typical Valencian paella for a team bonding session. That became a tradition and, over time, the walls of the room became decorated in such a way that it’s now almost impossible to tell what colour the walls actually are. 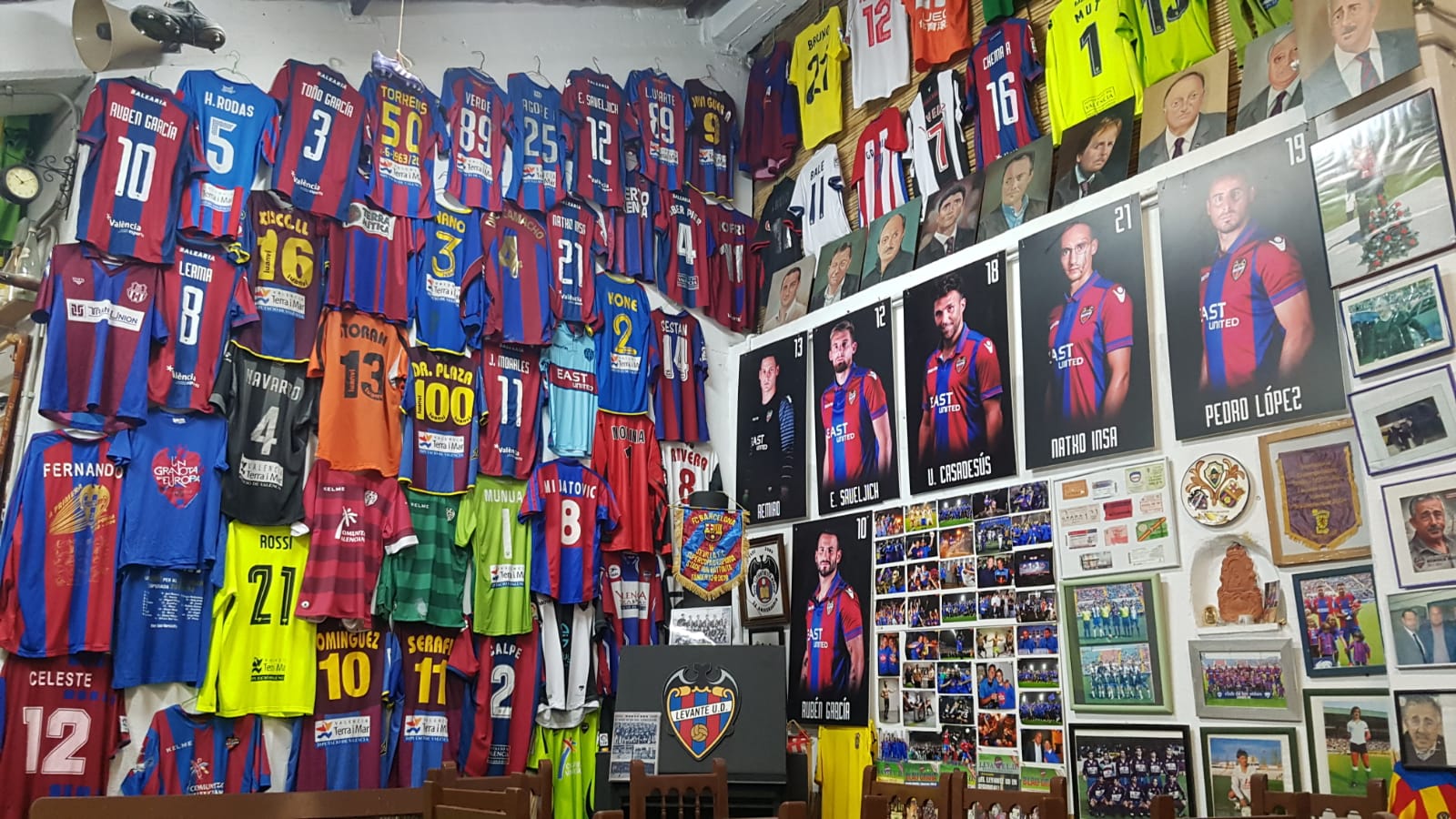 Ferrer is the curator of this collection and has gathered important pieces himself, while other items have been donated to him. This room now has it all, from team photos of past Levante UD sides to shirts worn by stars like Lionel Messi or Gareth Bale when they faced the Granotas to gifts exchanged during UD Levante’s famous European matches back in 2012/13. There’s even a photo of current FC Barcelona manager Quique Setién, who played at the club during the 1995/96 season. There’s also a piece of the wall that fell on Martin Palermo’s leg, a shirt worn by Maradona but brought by the Argentinian goalkeeper Pablo Caballero, a hat of the Spanish singer Joaquín Sabina, etcetera. That’s just some of the many stories told by this unique collection.

“This is my sanctuary,” Ferrer said of El Raconet as he spoke about his collection for an article in Spanish newspaper El País. “My life has taken place here and I feel privileged. Even though the club has grown and even though things have changed a lot, we still try to remain a family.”

There is clearly a family feeling at the club and Ferrer is like everyone’s favourite uncle. Current and former players all love him and he has become as much of a Levante UD icon as any of them. When Levante UD went top of the table in the 2011/12 season, there was a cover story about the team’s success on Spanish sports paper MARCA. The photo chosen, though, wasn’t one of a player or the coach or president. It was of Ferrer. He was the man who best represented the club and what that historic moment meant. 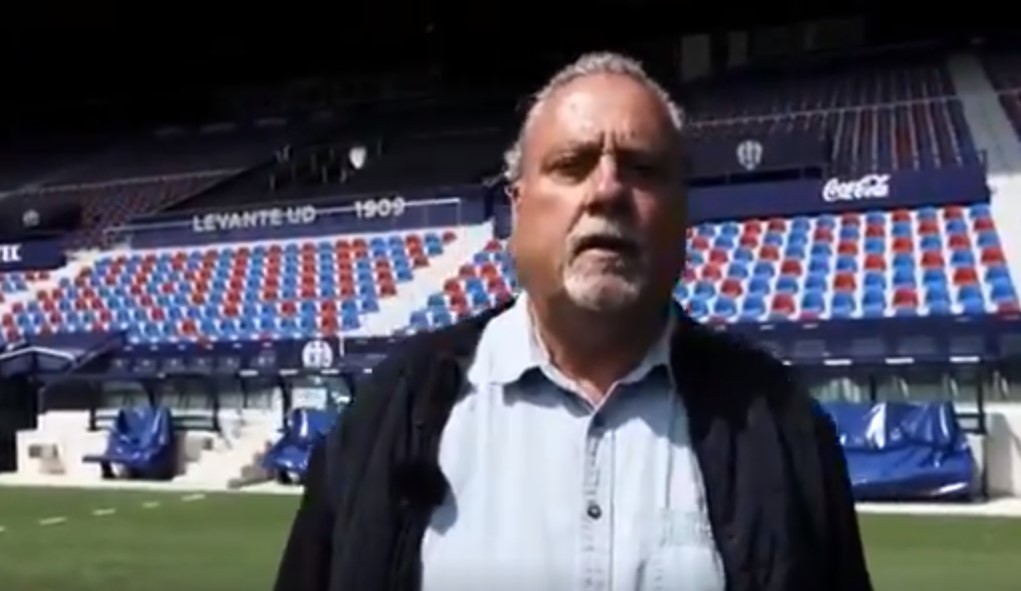 Emilio Nadal works in Levante’s heritage department and explained the affection that exists for Ferrer at the Estadi Ciutat de València: “There was recently a tribute to the 1998/99 team that won promotion from the third to second tier and the first thing everybody did was ask for Raimon. You could say that he is the first historian of the club, but he’s so much more than that. He has managed to build a meeting place. You can buy many things in football, but not affection. Yet he has won people over with his charisma and loyalty.”

In 2019, Levante celebrated the club’s 110th anniversary and opened their heritage department as part of this. They even launched an online museum that allows fans and football enthusiasts to see and read about the major events, anecdotes, milestones, footballers, coaches and presidents of the club from wherever they are in the world. It’s all found under the ‘Retazos De Nuestra Historia’ – ‘Snippets From Our History’, in English – section of the club’s website and there are plans for a museum to form part of the installations at the Estadi Ciutat de València after redevelopment work is carried out on the ground.

That museum will be special, but for now there is already a little museum full of history tucked away in the corridors of the stadium. It’s one of the many hidden gems of LaLiga. It’s Raimon Ferrer’s pride and joy. It’s a place where paella has been shared, card games have been played and karaoke has been sung. It’s El Raconet.