While Real Madrid’s 2019-20 LaLiga Santander title success was a real team effort, here are five players who have stood out for their individual contributions over the course of the campaign…

Real Madrid captain Sergio Ramos has led his side with typical character and energy all through the season, and has now won his fifth LaLiga Santander trophy (and lifted his second as captain). Ramos has been part of the division’s tightest back four all season, with he and long term partner Raphael Varane complementing each other perfectly at the centre of the defence. The Andalusian centre-back has also contributed hugely at the other end of the pitch, where his ability to cooly convert from the penalty spot during the last few weeks of the season was crucial. A career best 10 goals in 2019-20 have also helped him become LaLiga’s top scoring defender ever – with his current total at 71 across his years at Madrid and first club Sevilla FC. 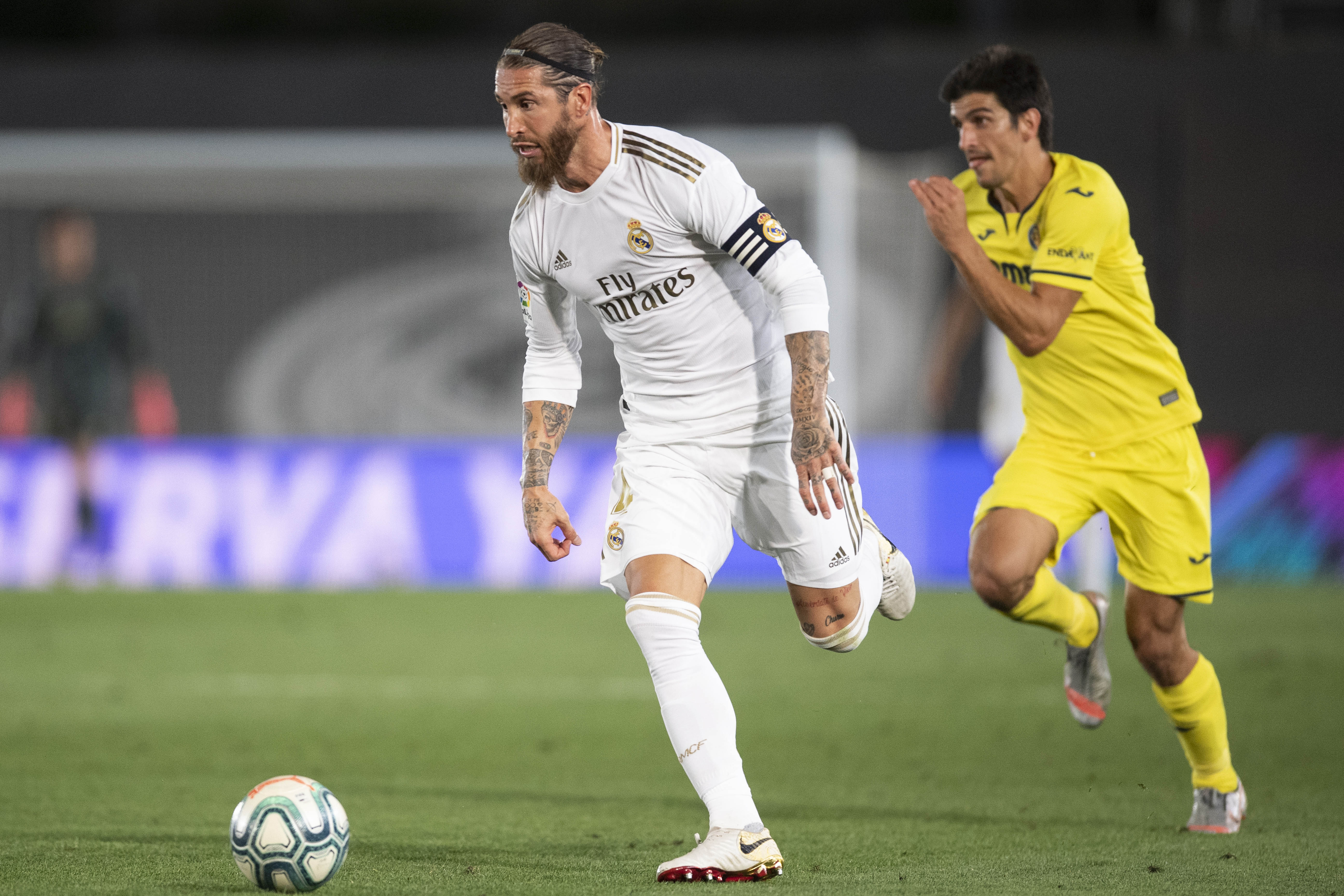 Karim Benzema has been Madrid’s outstanding attacker over the season, and it is not even close. The former France international’s 21 LaLiga goals are more than his fellow attackers Eden Hazard, Gareth Bale, Luka Jovic, Marco Asensio, James Rodríguez, Lucas Vazquez, Vinicius Junior and Rodrygo Goes have all managed between them. The Frenchman has produced all kinds of goals – towering headers, close range finishes, accurate volleys, a long range screamer, calmly taken one-on-ones against the keeper and a couple of penalties. Many have been crucial strikes too – such as the winners in tight games against other top sides Atletico Madrid and Sevilla FC. Benzema’s eight assists have also been crucial – from the number nine with the soul of a number ten. Meanwhile his physical indestructibility means that he has played more minutes in LaLiga this season than any Madrid player. 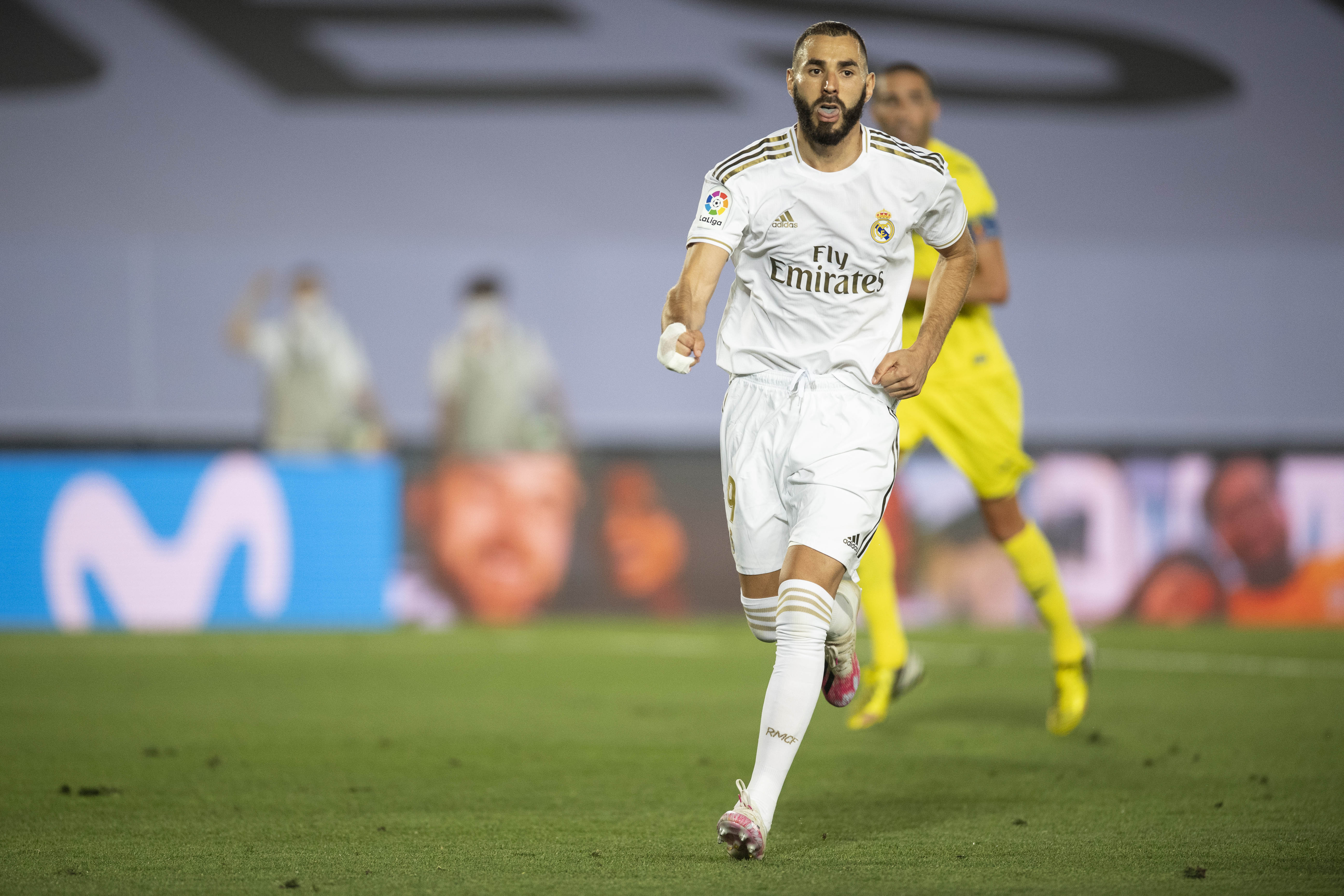 Thibaut Courtois recovered from an uncertain start to the 2019-20 season to show outstanding reflexes and consistency through the rest of the campaign, bringing confidence and calm which flowed throughout the team. With just 20 goals conceded in their 34 games played -there’s still one more LaLiga game-, Courtois has become the first Madrid keeper to win the ‘Zamora’ trophy for LaLiga’s best goalkeeper award since Iker Casillas back in 2007-08. Five consecutive clean sheets during the post-COVID 19 lockdown was especially crucial to Madrid overhauling FC Barcelona over the final weeks. The Belgium international also made big saves in important moments through the season – such as the goalless draw at his former club Atletico Madrid in September, and the 2-0 El Clásico victory over Barça in February. He even made a contribution in the opposition area – winning a header at a corner in the Valencia CF penalty in December, leading directly to Benzema’s crucial equalising goal. 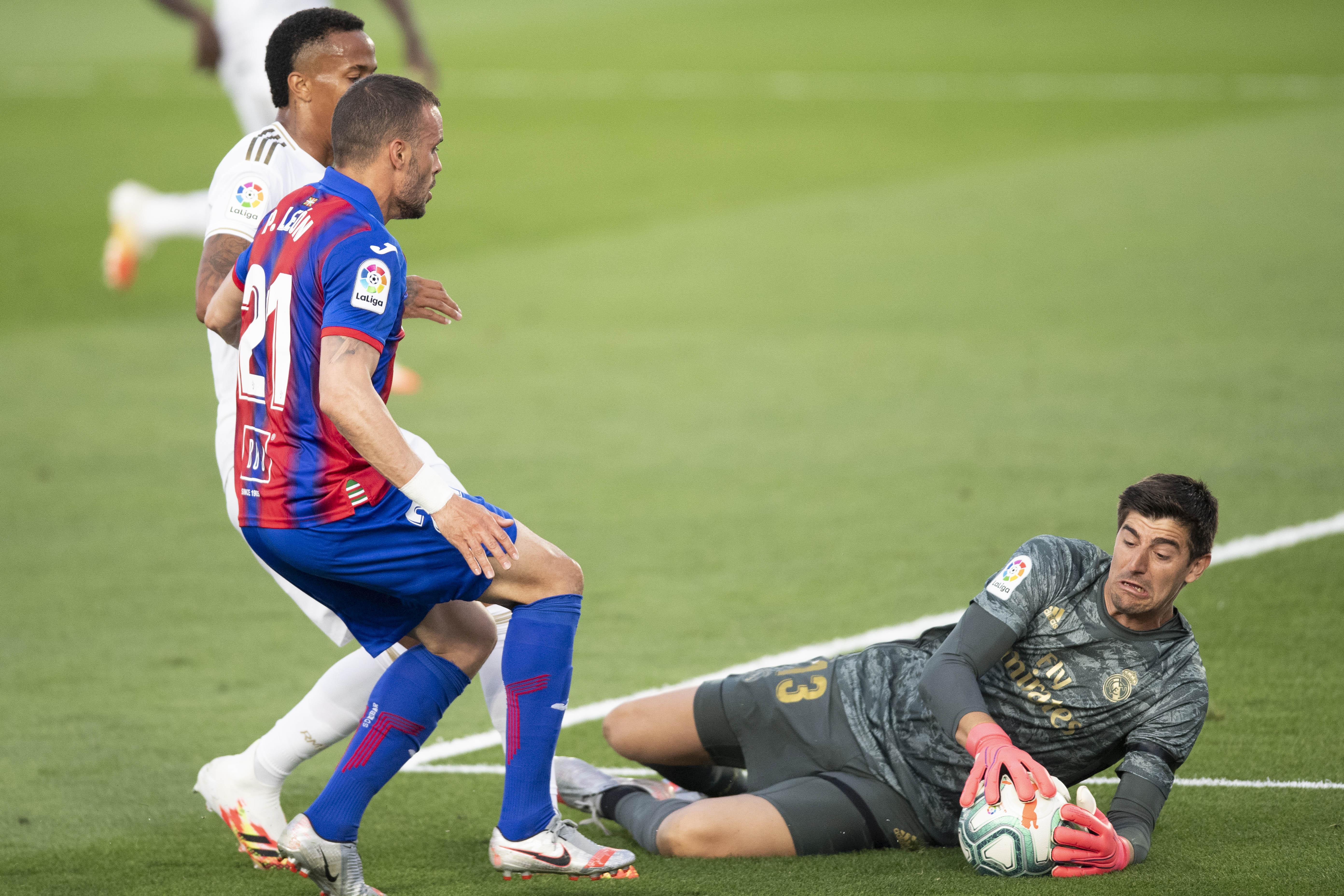 Also key to Madrid’s rock solid core this season has been holding midfielder Casemiro – whose physicality and reading of the game have helped protect his defence so well. The Brazilian’s stats show what he has excelled in – among all LaLiga players in 2019-20 he sits second in tackles per game, third in interceptions and third in fouls committed, while no midfielder has made more clearances all season. Meanwhile his four LaLiga goals have all been crucial to vital victories, up to the close range finish against RCD Espanyol recently to keep Madrid on track for the title. Opposition fans and coaches may have been frustrated by his ability to show up in the right place at the right time to thwart their attacks, but that just made the 28 year old even more popular with his own team. 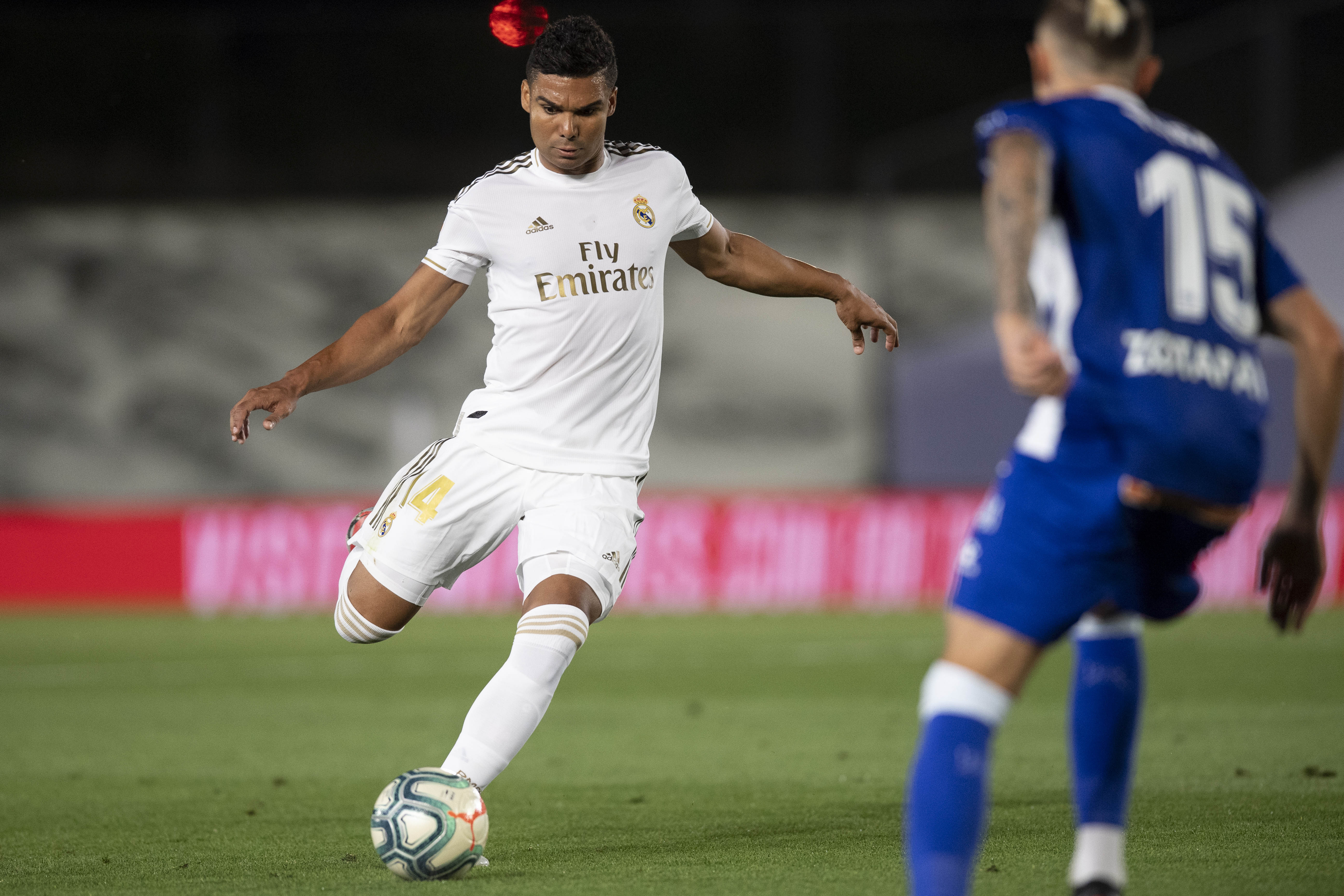 2019-20 also saw young midfielder Fede Valverde become a vital senior player in the Madrid set-up. Valverde’s energy and athleticism helped him break into the team, where his range of passing and ability on the ball also soon become clear. A man of the match performance in a 4-2 victory over Granada CF in October made Blancos fans realise a star was emerging – with local pundits comparing his ‘box to box’ style to international figures Paul Pogba and Steven Gerrard. Already capped 20 times at senior level by Uruguay, his own confidence levels also rose through the campaign, as goals came in LaLiga games against SD Eibar and Real Sociedad. Valverde’s versatility has also been very useful to Zidane, especially as he moved between different roles in central, right and attacking midfield during the accelerated end of season programme. 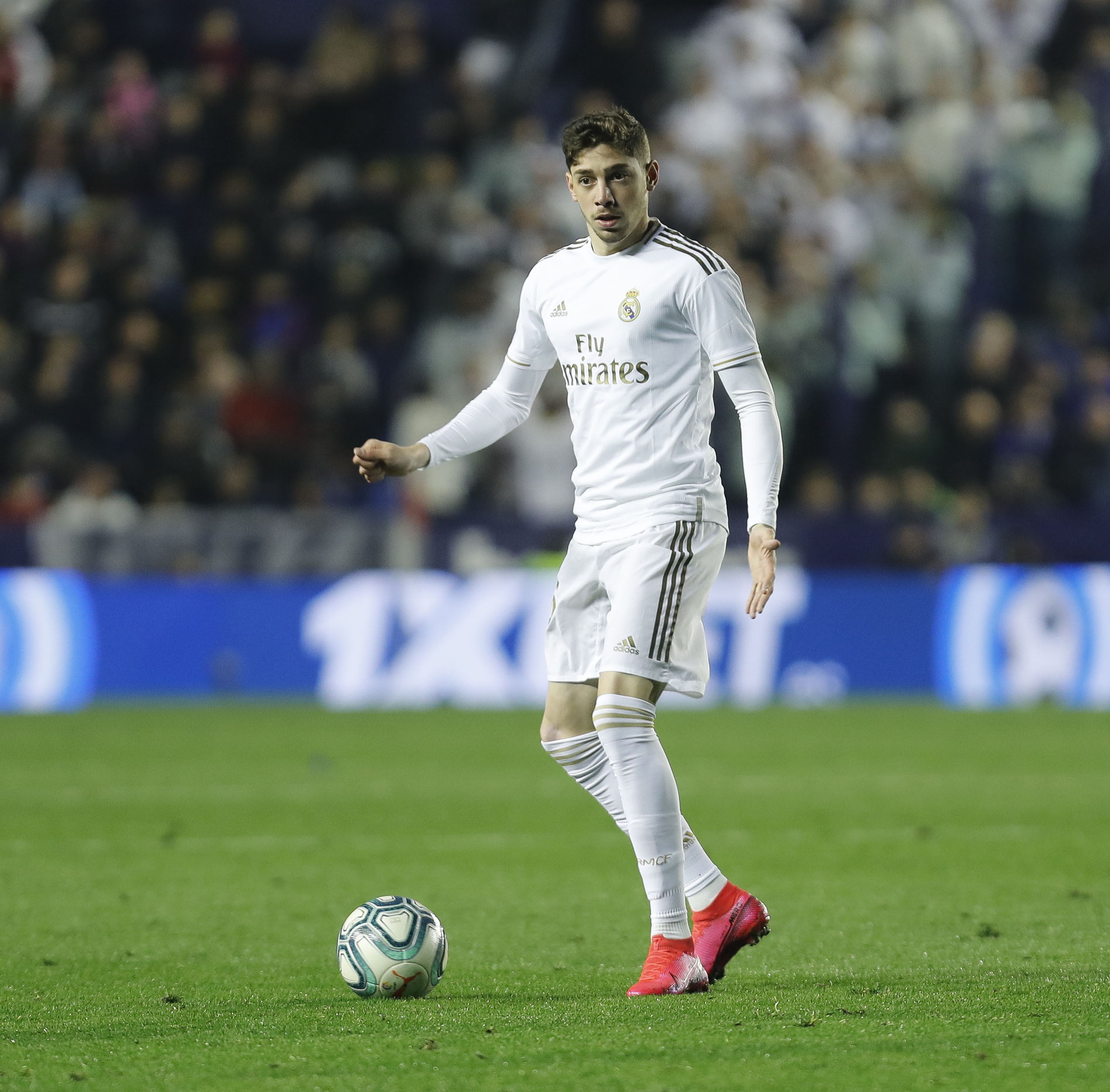 Why do Real Madrid celebrate their titles at Cibeles?

When Cibeles Fountain was constructed in the centre of Madrid in 1782, nobody knew that a couple of centuries later it would become the meeting point for Real Madrid fans after every trophy win. Today when Real Madrid secure a major title, fans gather at the fountain to see players wrap a club scarf or flag around the neck of the goddess Cibeles, or ‘Cybele’ in English.

Due to the unique circumstances of the coronavirus crisis, such a gathering wasn’t possible when Real Madrid secured their 34th LaLiga title against Villareal with one match remaining in the league season. The club announced that the players wouldn’t be visiting and local authorities urged fans to stay away both the fountain and the square – la Plaza de Cibeles – which surrounds it in the event of victory.

But all Los Blancos’ other titles since the mid-1980s have been toasted with a party in front of the Greek goddess. Before then, small groups of both Atlético de Madrid and Real Madrid fans had visited the Plaza de Cibeles on occasion to celebrate major successes, in all likeliness due simply to its central location. In fact, hard as it is to believe today, it’s widely believed that the first instance of such a celebration came after Atleti won the 1961/62 European Cup Winners’ Cup final against Fiorentina, before fans of both capital city clubs and of the Spanish national team gathered at the fountain for other important victories over the following years.

However, it was during the 1980s, and the era of dominance for Real Madrid’s so-called Quinta del Buitre team that celebrating at Cibeles cemented itself as a distinctly Real Madrid tradition. They certainly celebrated their a lot, winning five LaLiga Santander titles in a row between 1985 and 1990.

Atleti’s trophy drought in the 1980s and Real Madrid’s trophy ‘addiction’ made the goddess a Madridista for life. By the time Atleti started winning again with a pair of Copa del Rey triumphs in 1991 and 1992, their fans had decided to move their celebrations 500 metres down the Paseo del Prado to Neptuno, ‘Neptune’s Fountain.’ They left Cibeles exclusively for Los Blancos.

When Real Madrid do celebrate there, it’s the captains who have the honour of dressing Cibeles up in club colours after a big win. Current captain Sergio Ramos has experienced this several times already, having won a horde of trophies since becoming taking on the captain’s armband in 2015.

“It’s a true platonic love,” Ramos said of his relationship with the statue of the goddess in an episode of Movistar’s Informe Robinson series. “Spending a moment with Cibeles is like when you see your mother again after going two or three months without seeing her. Whenever I drive by the fountain, I sit gazing at the statue for as long as the traffic lights remain red.”

For Ramos and everyone associated with Real Madrid, Cibeles will always be special. One day in the future, when it’s once again safe to do so, they’ll gather there to celebrate another title.