Having one LaLiga star talent in a family isn’t so common; two (or more) is downright remarkable. Here’s a look at some of the brothers who’ve starred in LaLiga over the years.

Julio and Patxi Salinas hold the record for most combined appearances by two brothers in LaLiga (725). The Bilbao-born brothers came through the prestigious youth academy at Athletic Club and played together for the Basque club’s first team between 1983 and 1986, before going on their separate ways. Centre-forward Julio had the more successful career of the two, going to play for Atletico de Madrid, Barcelona – where he won four consecutive LaLiga titles and the European Cup – RC Deportivo, R. Sporting and D. Alaves, but centre-back Patxi also had a very respectable career, making almost 450 appearances for Athletic and RC Celta.

The De Boer twins had an extraordinary career. Both Frank and Ronald were part of the iconic Ajax team of the mid-1990s, winning the Champions League in 1995 before moving together to Barcelona, under their former coach Louis van Gaal, in 1999. They won LaLiga Santander that season but their time together in LaLiga lasted just one year. Ronald moved to Rangers after just a season, while Frank remained a mainstay at the Camp Nou until 2003. 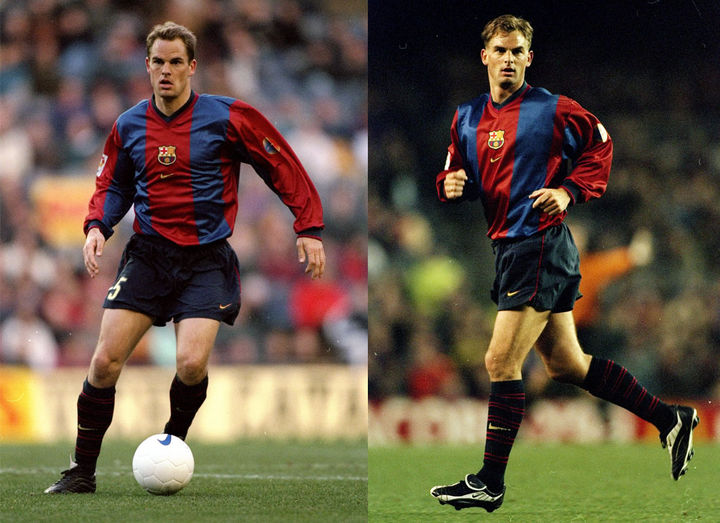 Thiago and Rafinha have a famous father in Mazinho, who won the World Cup with Brazil in 1994. He too played in Spain during his career and both of his sons spent much of their childhood in Spain, each passing through the world-famous La Masia academy on their way to reaching the Barça first team. Both have since moved away from Catalonia, though, with older brother Thiago enjoying success at Bayern Munich and younger brother Rafinha staying in Spain with RC Celta 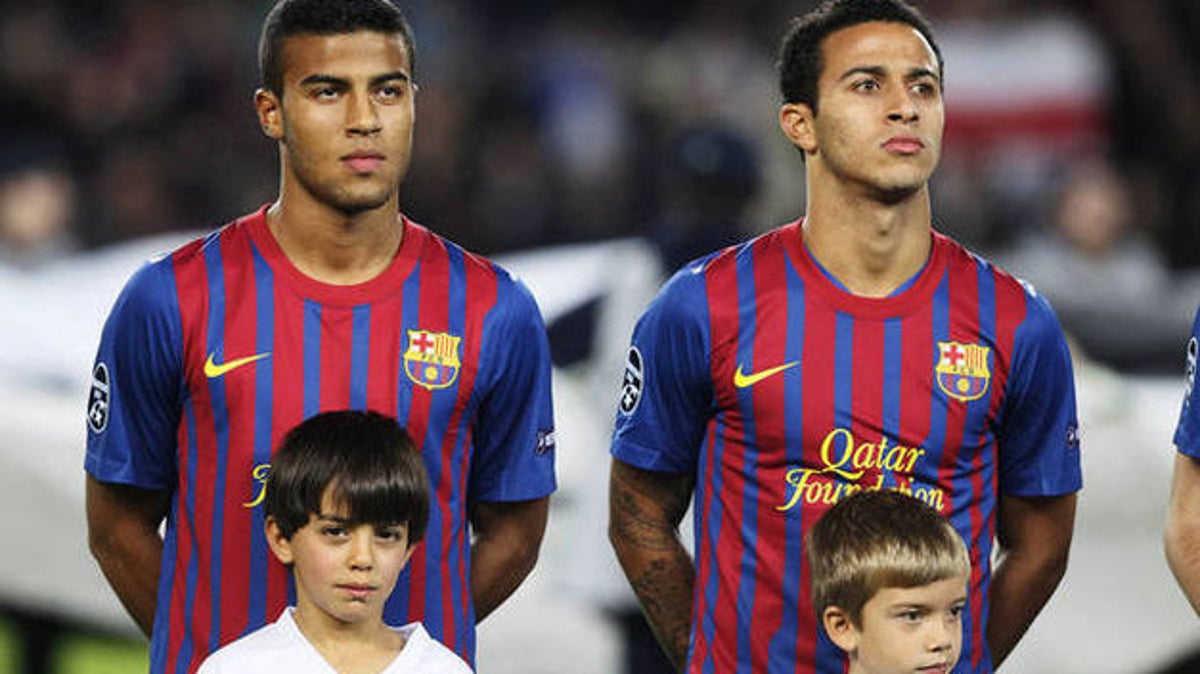 Fernando Hierro is one of the most talented and decorated Spanish players in history, having captained both Real Madrid and Spain throughout his exceptional career. Not many football fans will know, however, that his two older brothers also played in the top tier of Spanish football, though of course without his level of success. Antonio Hierro managed a handful of appearances for Málaga, while Manolo Hierro forged a good career for himself in LaLiga Santander playing for Málaga CF, Real Valladolid, Real Betis and CD Tenerife. Both Fernando and Manolo mostly played at centre-back during their careers and even played in defence together at Valladolid during the 1987/88 season.

Kalu and Ikechukwu Uche were both born in the Nigerian city of Aba and went on to play as strikers at LaLiga Santander level. Ikechukwu spent almost his entire career in Spain with Recreativo Huelva, Getafe, Zaragoza and Villarreal, racking up almost 200 league appearances, while Kalu had a lot of success at Espanyol, Almeria and Levante.

Argentine brothers Diego and Gabriel Milito’s footballing relationship was an interesting one from the very start; they came through at rival sides Racing Club de Avellaneda and Independiente, respectively, and made a name for themselves in the late 1990s as two of the most promising young players in Argentine football. In Spain they reunited at Real Zaragoza between 2005 and 2007, both proving to be among the best players in their position in LaLiga (Diego was a centre-forward; Gabriel and centre-back). They later went up against each other again as Gabriel moved to Barcelona in the summer of 2007, while Diego stayed on in Zaragoza for another year before moving to Serie A.

Lucas and Theo Hernández are the sons of former Atlético Madrid player Jean-François Hernandez and both players came through the Atleti academy, emerging as two of the best defenders to come through the ranks in recent years. In 2017, though, Theo shocked Spanish football with a move across the capital to Real Madrid before he’d ever played a competitive fixture for Atleti’s senior side. Lucas, meanwhile, established himself as one of European football’s best full-backs at Atleti, winning the Europa League in 2018 before moving to Bayern Munich in 2019. 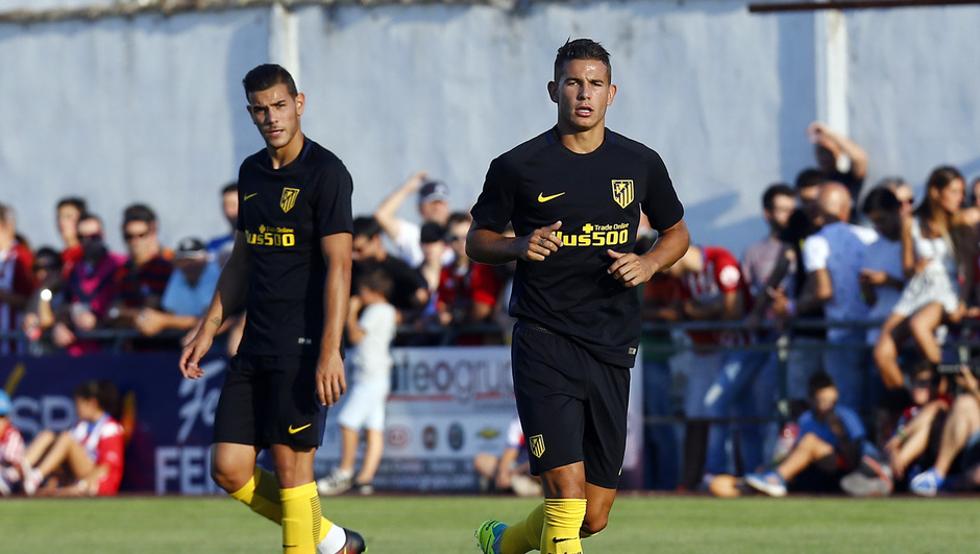 Most football fans know about Diego Maradona’s up and down spells in LaLiga, first with Barcelona and later with Sevilla. Yet his younger brother Hugo also spent time in Spain, playing for Rayo Vallecano between 1988 and 1990 while brother Diego was at Napoli. Hugo helped Rayo Vallecano earn promotion to LaLiga Santander in the 1988/89 season, scoring six goals along the way, before the team from Vallecas were relegated back down the very next season.

Mikel and Xabi Alonso were born to play football and they were born to play for Real Sociedad, the same club their father Periko Alonso played for and coached. Both midfielders, they came through the youth ranks at the same time despite the 18-month age gap between the two; younger brother Xabi was already on the pitch when Mikel made his debut for La Real against Real Valladolid in 2000/01. Mikel’s career never took off in the same way as Xabi’s did, with the younger brother going on to win domestic and European trophies with Liverpool, Real Madrid and Bayern Munich, as well as the World Cup and European Championships with Spain. 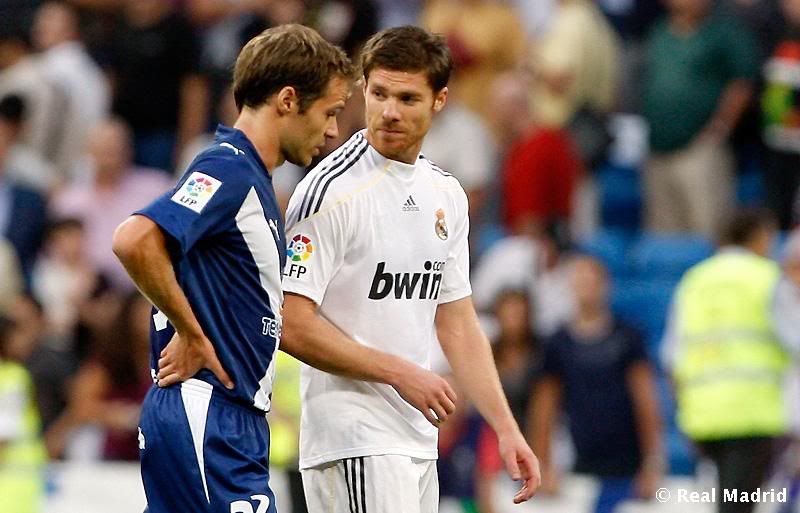 Exactly 16 months separated the births of Enrique ‘Quini’ and Jesús Castro, two brothers who each went on to make hundreds of appearances at the top level of Spanish football. Quini made his name as one of the LaLiga’s all-time greatest goal scorers, netting over 200 top-flight league goals in his career, while Jesús was a goalkeeper. They became legends at R. Sporting, their boyhood club. Quini moved on to Barcelona in 1980 before returning in 1984, while Jesus made over 400 appearances on his way to a ’one-club man’ career. Tragedy hit the family in 1993, when Jesus died after saving two boys and their father drowning off the coast of Pechon, on Spain’s northern seaboard.