It may seem like Marcus Rashford has been around for a long time, but it’s easy to forget he’s still a young man forging his path both in football and life. Oli Coates takes a look at the Manchester United forward’s achievements on and off the pitch…

These are different times not only in football, but across the whole world of sport. Gone are the days when superstars such as Michael Jordan were afraid of speaking out about issues regarding race, politics, poverty or society in general. Now we have brave, articulate 22-year-olds leading real, tangible change at governmental level. Now we have young men like Marcus Rashford, unafraid of speaking out to help others, no longer fearful of the damage doing so may inflict on their careers.

With all he’s done over the last few months alone, since the coronavirus outbreak ground most of the planet to a halt, it’s easy to forget what a young career Rashford’s is. It was little more than four years ago that he was known to very few outside the Manchester United academy and those that follow its latest prospects. It may be half his lifetime ago, but it’s only been 11 years since he moved into digs as a child, a year earlier than usual for the Old Trafford club.

Only four and a half years since he pulled on the famous red shirt for the first time, starting against FC Midtjylland in the Europa League and scoring twice in front of the Stretford End to mark a dream debut. Three days after that, the 18-year-old Rashford hit another brace against Arsenal at Old Trafford in fairy-tale fashion. With electrifying pace, an eye for goal, superb work ethic and breath-taking levels of confidence for someone so young, Old Trafford had its latest home-grown idol to follow in the footsteps of the Busby Babes and Class of ’92.

Less than four months later, Rashford made his international debut against Australia in a Euro 2016 warm-up match at Sunderland’s Stadium of Light. He needed less than three minutes to score his first international goal, becoming the youngest Englishman to net on his debut in the process. He would become the youngest player to pull on the Three Lions shirt in a European Championship a few weeks later, still 136 days shy of his 19th birthday.

Back at club level, Rashford was quickly establishing himself as a mainstay in United’s first team. He scored eight goals – including the winner in the Manchester derby – in 18 appearances in his breakout campaign following his debut at the end of February, with every single one of them as a starter. The last of those was in the FA Cup final, as Rashford picked up his first piece of silverware following United’s extra-time victory over Crystal Palace at Wembley. The forward would go on to make 53 appearances in the 2016-17 campaign, scoring 11 times, as the Reds won the Community Shield, League Cup and Europa League under Jose Mourinho.

The following season was one of disappointment at Old Trafford, despite Mourinho’s attempt to position a second-placed finish to Pep Guardiola’s Manchester City as one of his finest achievements. Rashford still played more than 50 times but appeared to be stifled under his moody, critical manager, with Mourinho casting a cloud over the club until his departure in December 2018. Those storm clouds instantly dispersed under Ole Gunnar Solskjaer, with Rashford handed a starring role after big-money flops Romelu Lukaku and Alexis Sanchez were cast aside by the new United boss.

Rashford’s lofty status was confirmed by a stunning late penalty deep into injury time of a Champions League last 16 second-leg tie away to Paris Saint Germain in March 2019. Still only 21, and with the pressure of a giant of a club resting squarely on his youthful shoulders, Rashford swept home a winning 94th-minute spot kick past legendary goalkeeper Gianluigi Buffon to send United into the quarter-finals. They may have been comfortably beaten by Barcelona in the last eight and consigned to another season in the Europa League following a poor end to the season, but a number of promising summer signings saw the optimism continue to swell at Old Trafford.

With 19 goals in 31 appearances before the coronavirus-enforced break, Rashford is a crucial part of that; not only for his energy and ability on the pitch, but off it too. Despite achieving so much already at such an early age, it’s hard to argue that anything Rashford has accomplished to date has been anywhere near as important as his successes since COVID-19 brought a sudden halt to the season.

Days before the United Kingdom closed its schools as part of the country’s lockdown measures, Rashford was in discussions with various organisations regarding what this would mean to the 1.3m children receiving free school meals. He quickly donated a significant sum of money to nationwide hunger and food waste charity FareShare, and helped to raise more than £20m in cash and food donations. This effort was estimated to provide around three million meals to vulnerable people in the UK.

Rashford then drew on his own personal experiences of growing up in the Manchester area of Wythenshawe, having to rely on breakfast clubs and free school meals to supplement his mum’s minimum wage earnings. He wrote a letter to every Member of Parliament, imploring the government to reconsider its decision to not continue the food voucher scheme for school children during the summer holidays. Prime Minister Boris Johnson perform a dramatic U-turn, calling Rashford directly to commend his efforts in using his public profile to effect positive change on an important issue.

Well spoken, good-natured and with a strong social education that’s helped to shape an impressive young man, Rashford has been performing selfless gestures for a number of years already. From donating money for Christmas selection boxes and putting in appearances at his old school, to delivering essential items to homeless people in Manchester over the winter of 2018, he has also made powerful statements on racial issues and the Black Lives Matter movement.

The days of sportsmen staying quiet as they take abuse on the chin while failing to acknowledge the problems in our society are over. And for someone of such tender years, Rashford should be held in the highest regard for being an integral part of that. No longer a boy wonder, he has certainly developed into a super young man. 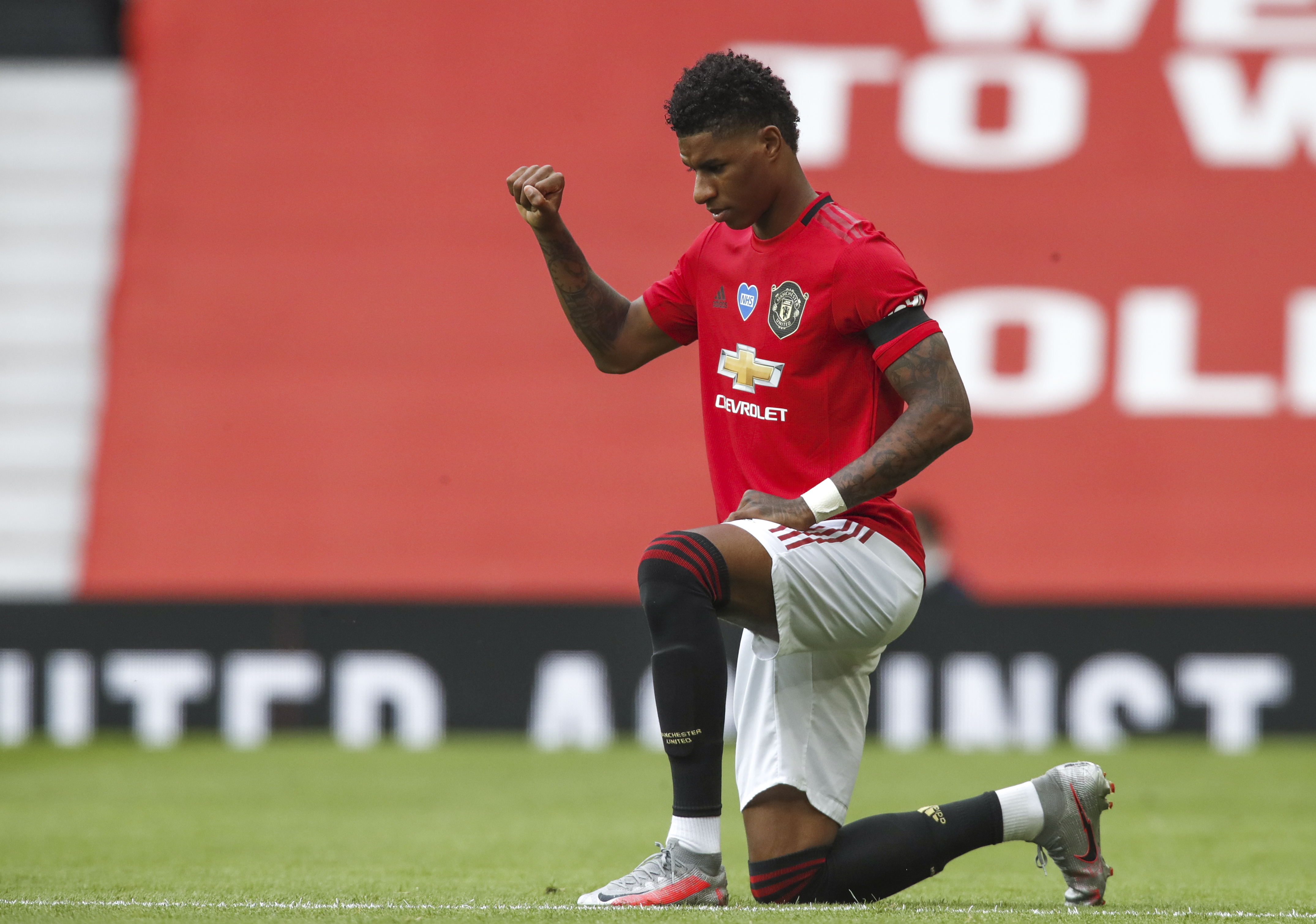 Mature beyond his years

After securing not only his own future but also that of his entire family through his footballing talent, Marcus Rashford doesn’t need to worry about where his next meal will come from. He hasn’t forgotten what going hungry feels like though, and he does worry about where the next meal’s coming from for some 1.3m children in England who receive free school meals.

Despite initially being knocked back in his attempts to get the government to perform a U-turn, Rashford refused to give up and sent a series of tweets imploring them to reconsider. One of those read: “When you wake up this morning and run your shower, take a second to think about parents who have had their water turned off during lockdown.”

Failing to read the mood of the nation or consider that perhaps Rashford was recalling being unable to take a hot shower when younger due to a lack of hot water, rather than the water necessarily being cut off, MP Therese Coffey replied with the comment: “Water cannot be disconnected though.”

Many Twitter uses branded her a disgrace and even heartless, but Rashford responded by saying: “I’m concerned this is the only tweet of mine you acknowledged. Please, put rivalries aside for a second, and make a difference.” Coupled with his performances in interviews regarding his campaign, it showed a level of maturity that Coffey, as well as a large number of others in the UK Parliament, could only wish to possess. 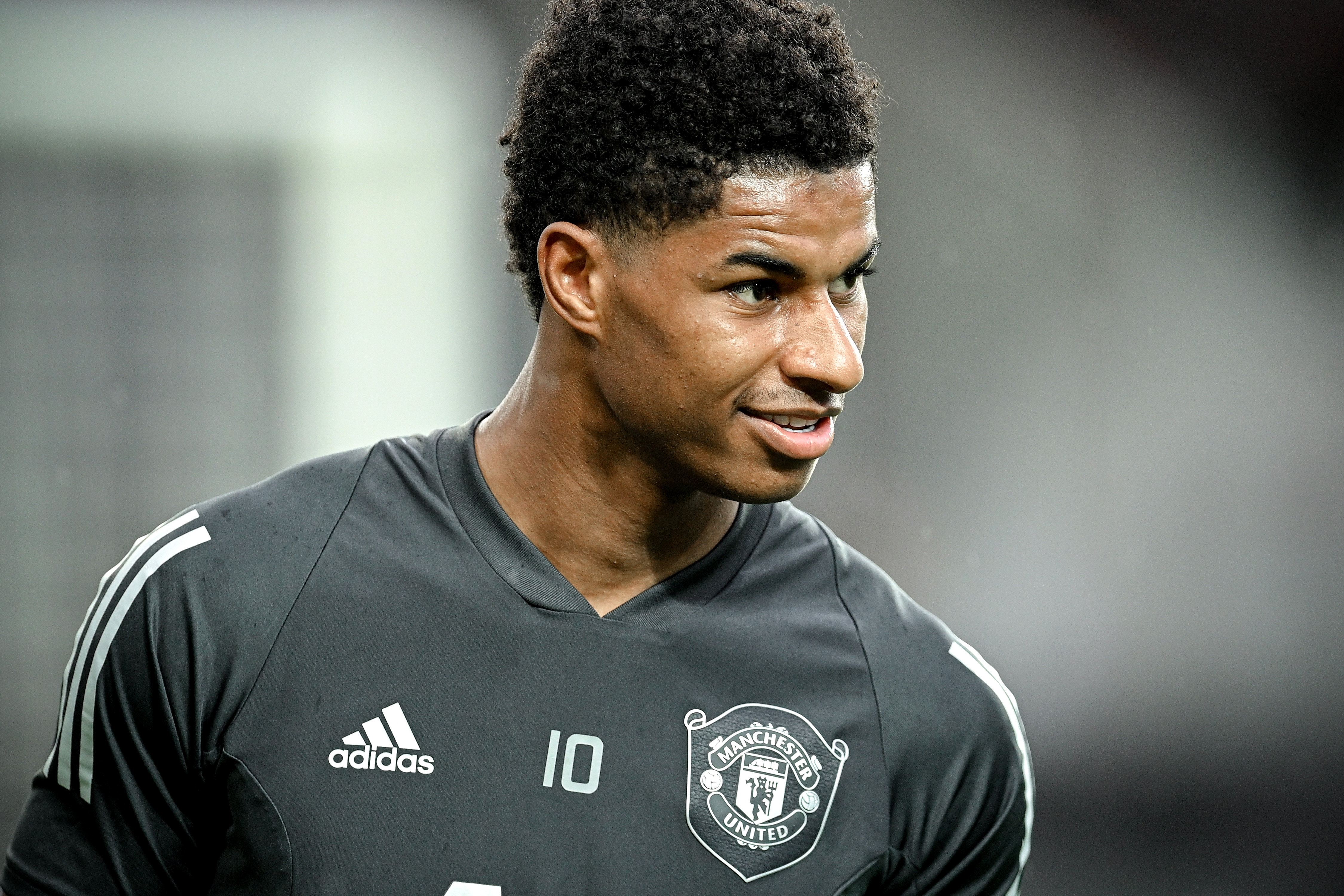