The launch of our latest 365 street football shoe did not pass into the night unnoticed. As a shoe that is intended as much for football as it is for style, it was only right to celebrate the streets for which the shoe was intended. In Paris we put on a tournament with 8 teams of football obsessed teens, each captained by a major influencer in the street football scene taken from the worlds of freestyling, comedy, hop-hop and YouTube.

The tournament was surrounded by performances that tapped into the current football street culture from local freestylers, hip-hop artists and dancers. The night cumulated in Mario Balotelli presenting the trophies to the winners and introducing two new signings to the PUMA street roster, Freestyler – Lisa Freestyle and ground breaking hip-hop artist and football mad – MHD. 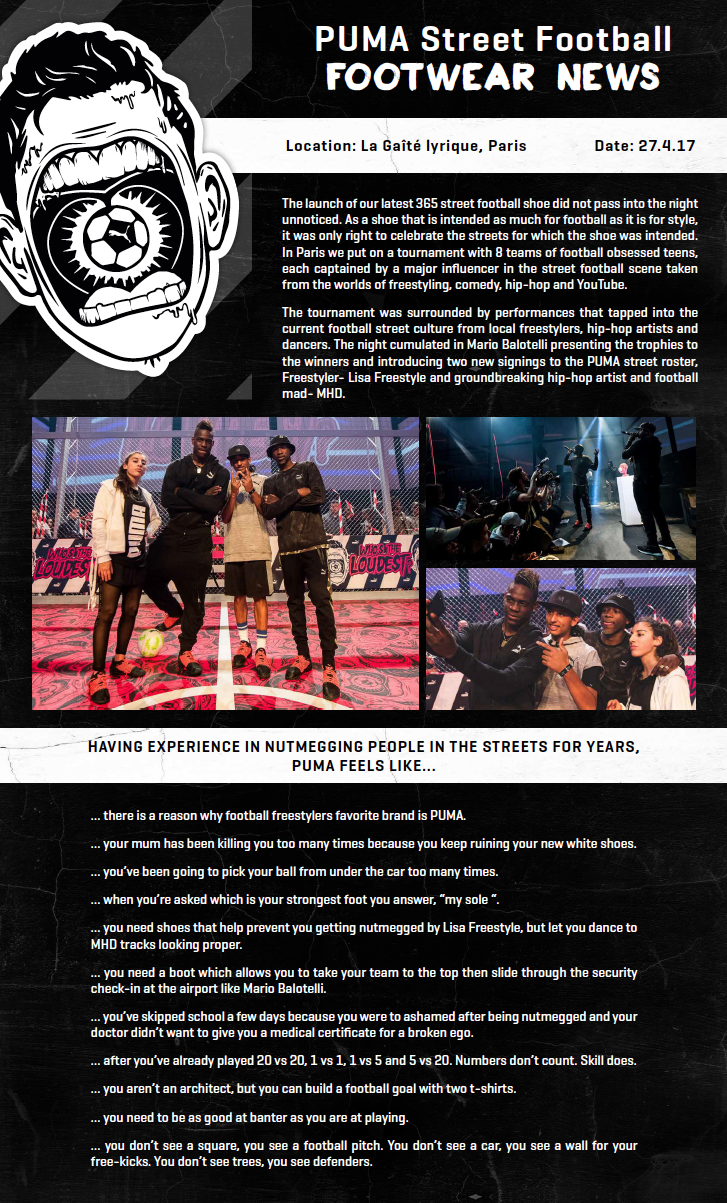