Among LaLiga’s most impressive rising stars is Brazilian right-back Emerson Aparecido of Real Betis, whose exciting performances over recent months suggest a productive long term future after he joins FC Barcelona in summer 2021.

Emerson may have only turned 21 last January, but with three goals and five assists in 23 games already this season, he has an excellent claim to be the most productive attacking defender in LaLiga Santander this term.

Born in Sao Paulo in January 1999, Emerson gained his first football education at local side Ponte Preta, before moving to giants Atletico Mineiro while still a teenager. Regular appearances in Brazil’s Serie A brought interest from many European clubs, and he made the leap to join Real Betis in January 2019. 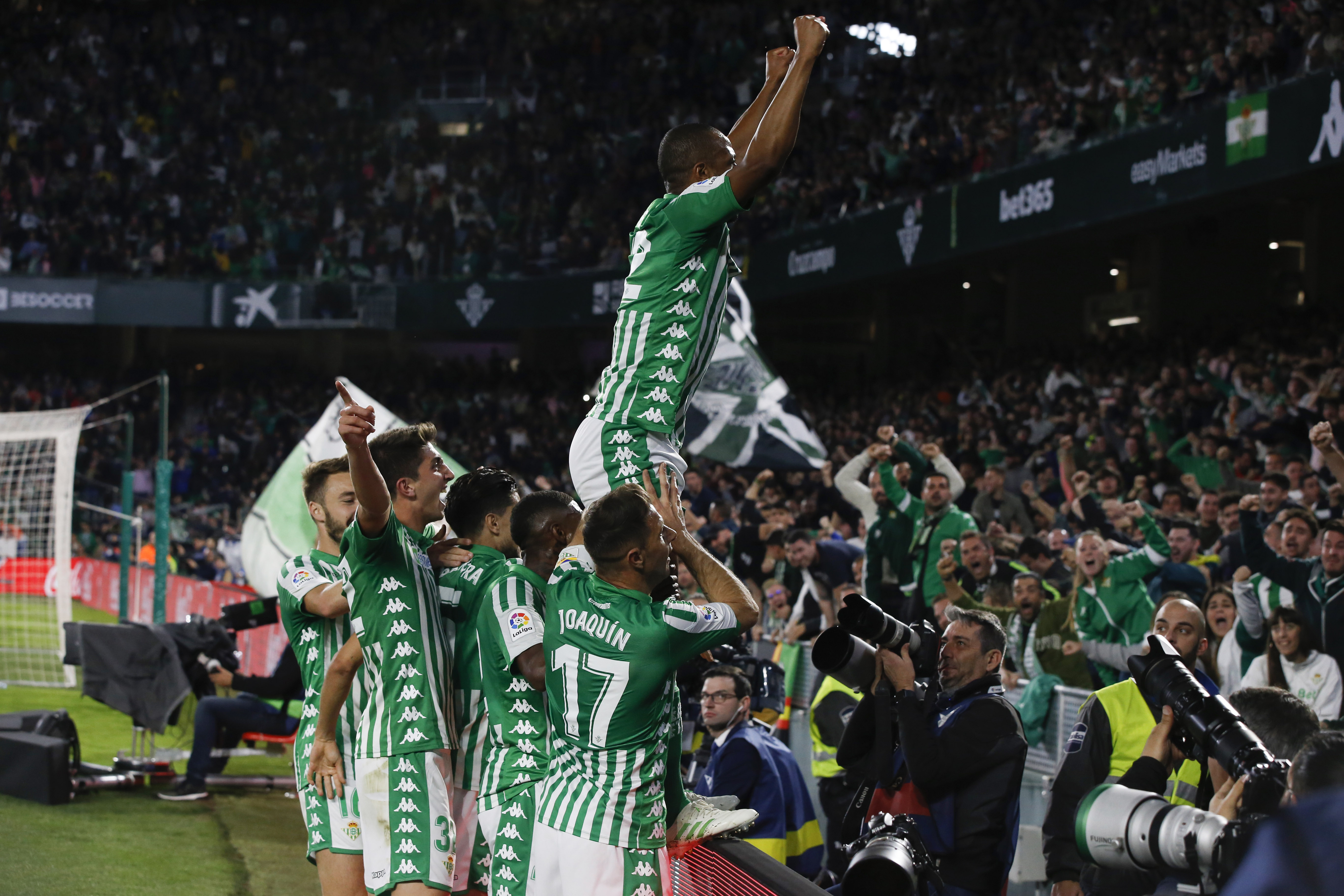 Emerson was gradually introduced into the Real Betis first team set up by then coach Quique Setien, with one of his first three LaLiga starts coming in the pressure-cooker atmosphere of the city derby at Sevilla’s Estadio Sanchez Pizjuan. Having settled well in the Andalusian capital, and with a good pre-season behind him, Emerson was the automatic first choice right-back for current coach Rubi from the start of 2019/20.

That faith was quickly repaid with an assist against Real Valladolid on opening day, followed by another goal created against CD Leganes, before his first ever LaLiga strike against Villarreal CF in September – a powerful shot from a tight angle which flew past keeper Sergio Asenjo.

The highlights reel kept growing with Emerson showing composure to find the net against RC Celta Vigo, and then demonstrate a poacher’s instinct with a close range finish against D Alaves. The youngster’s liking for the big occasion was also clear as he netted in the derby at Sevilla, even as his team went down to defeat against their local rivals.

Emerson’s potential was also quickly spotted by Brazil’s national teams. He featured regularly throughout 2019’s South American Under-20 championships, and could well have represented his country at the 2020 Olympic Games in Japan but for the current Coronavirus shutdown. Already a senior international, he looks set to form a long-term partnership on either side of the Brazil back four with Atletico Madrid left-back Renan Lodi, who has also broken into the set-up at the same time. 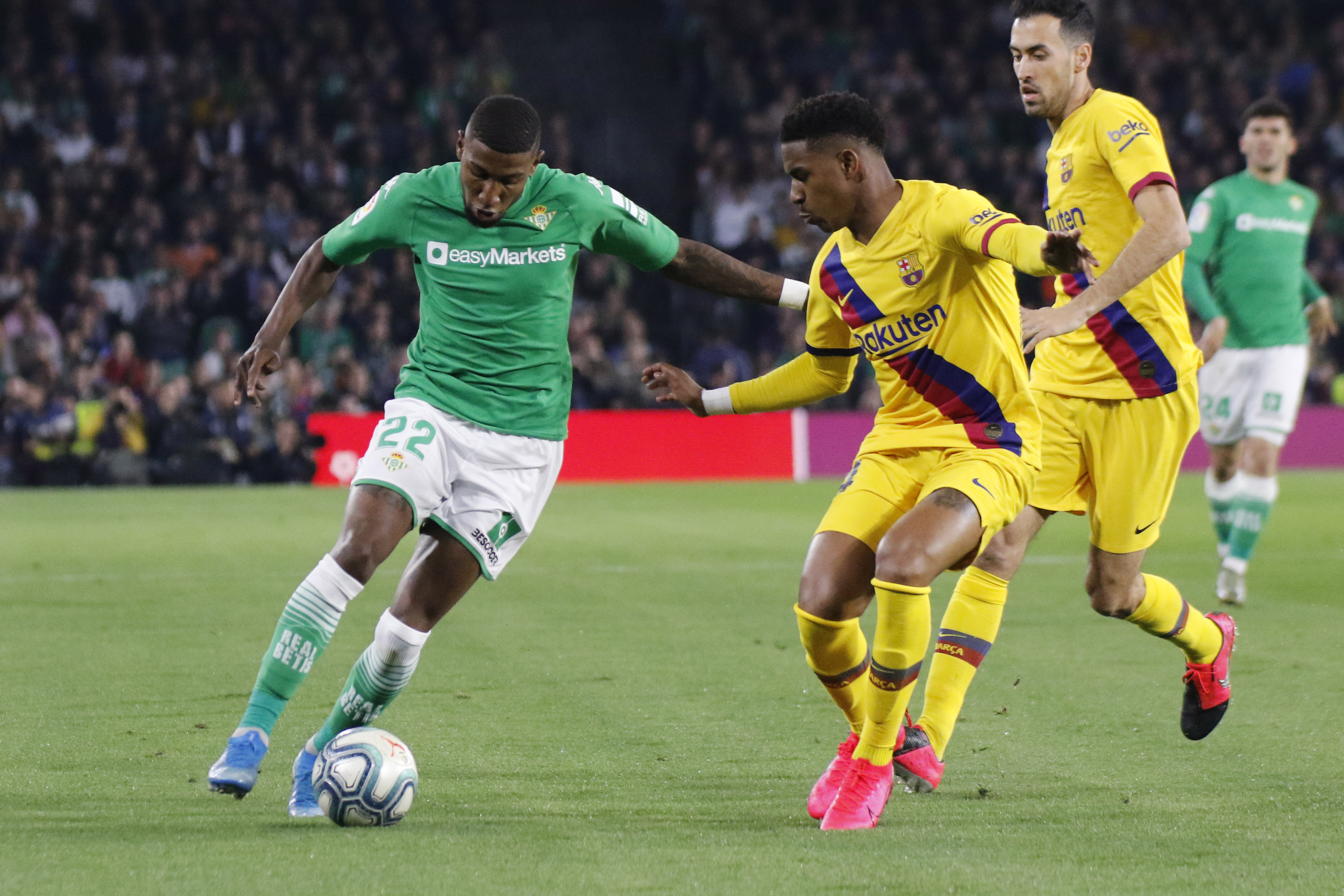 The athletic and intelligent Emerson’s attack-minded contributions from right-back have brought to mind another Brazilian who first made his LaLiga mark in the Andalusian capital, and he is set to follow in Dani Alves’ footsteps by joining FC Barcelona for the 2021/22 campaign. Given how he has settled in Spain so far, it would be no surprise to see the rising star becoming the starting right-back at the Camp Nou over the next decade.

The shorter term goal will be finishing this LaLiga season with Real Betis and continuing to work on improving all elements of his game. The shackling another young talent Brazilian Vinicius Junior of Real Madrid in their most recent game at the Estadio Benito Villamarin showed that defensively he is sound too.

Emerson’s first year in LaLiga went superbly well, but there is plenty to come from one of LaLiga’s most talented and determined rising stars.