Timo Werner seemed destined to join Liverpool, but he’ll be turning out for Chelsea instead. Michelle Osei Bonsu considers why the U-turn, and why he left Leipzig now…

With the 2019-20 Bundesliga season concluded, RB Leipzig facde a difficult task ahead of the upcoming campaign – filling a massive vacancy in their attack, as they prepare another assault on Bayern Munich and look to break new ground in Europe. Despite the club’s best efforts, star striker Timo Werner will not be at the club in 2020-21. Werner chose to say auf wiedersehen to the Bundesliga, and test himself in the Premier League.

Leipzig had hoped Werner would become a mainstay at the club, a signature figure at an organisation that only came into existence in 2009. Die Roten Bullen haven’t shown any sign of an inferiority complex in the 11 years since, and certainly not since they burst into the Bundesliga in 2017. But whatever they achieve going forward will be done without Werner. Werner leaves after four seasons without any silverware, but almost 100 goals to his name.

While disappointing for Leipzig, there might be those that argue there’s a ray of light – at least he didn’t become the latest Bundesliga star to be snapped up by the powerhouse that is Bayern Munich, which has become par for the course in the past few years. Still, Leipzig are a young, hungry and ambitious side, led be a coach who epitomises those qualities in Julian Nagelsmann. Werner is precisely the kind of player Leipzig would have wanted to spearhead their attack as they challenge for trophies both domestically and continentally in the coming seasons.

If Leipzig now have a question to answer as to how they replace Werner, there are more questions about Werner’s departure – the main one being, how did he end up at Stamford Bridge when all signs seemed to point to Werner wearing a Liverpool shirt next season? And why now – couldn’t he have given Leipzig another year or two?

It’s easy to say, on first glance, that Werner quit Leipzig out of frustration after going four years without a trophy. The club finished as runners-up to Bayern back in 2016-17 – some 15 points adrift – and, if anything, the gap has grown in the three years since. Bayern have returned the Bundesliga to its status as a one-horse race, and that doesn’t look like changing anytime soon.

There may be some merit to that, but that’s not the complete picture either. Werner only turned 24 in March, and has many, many years ahead of him. If he wanted out of Leipzig because success hasn’t been instant, then that’s a mistake. Leipzig are a team – a whole organisation, in fact – well-equipped to challenge for trophies in the next few years.

Bayern, dominant as they may be, are not infallible. They were beaten in the DFB-Pokal final by Eintracht Frankfurt in 2018, and only took the title by two points in 2018-19. This season has been something of a procession, retaining their crown with two games to spare, but it was also thanks to a vital managerial switch mid-way through the season. Niko Kovac was dismissed after a 5-1 mauling against his former side Eintracht, and Hansi Flick was named in his place. Flick steadied the ship, and Bayern sailed into the distance again.

Yes, Leipzig lack silverware, and Bayern are looming large again, but both those things can change in an instant. What else was at play? For Werner, 2019-20 was at times a frustrating season individually. It may be the campaign in which he has scored the most goals since turning professional, but he also, more than once, went multiple games without scoring – five here, four there. That’s an eternity for a striker. Without those dry spells, Werner could have challenged Robert Lewandowski for the Bundesliga’s top scorer spot, and Leipzig could have mounted a real title challenge. 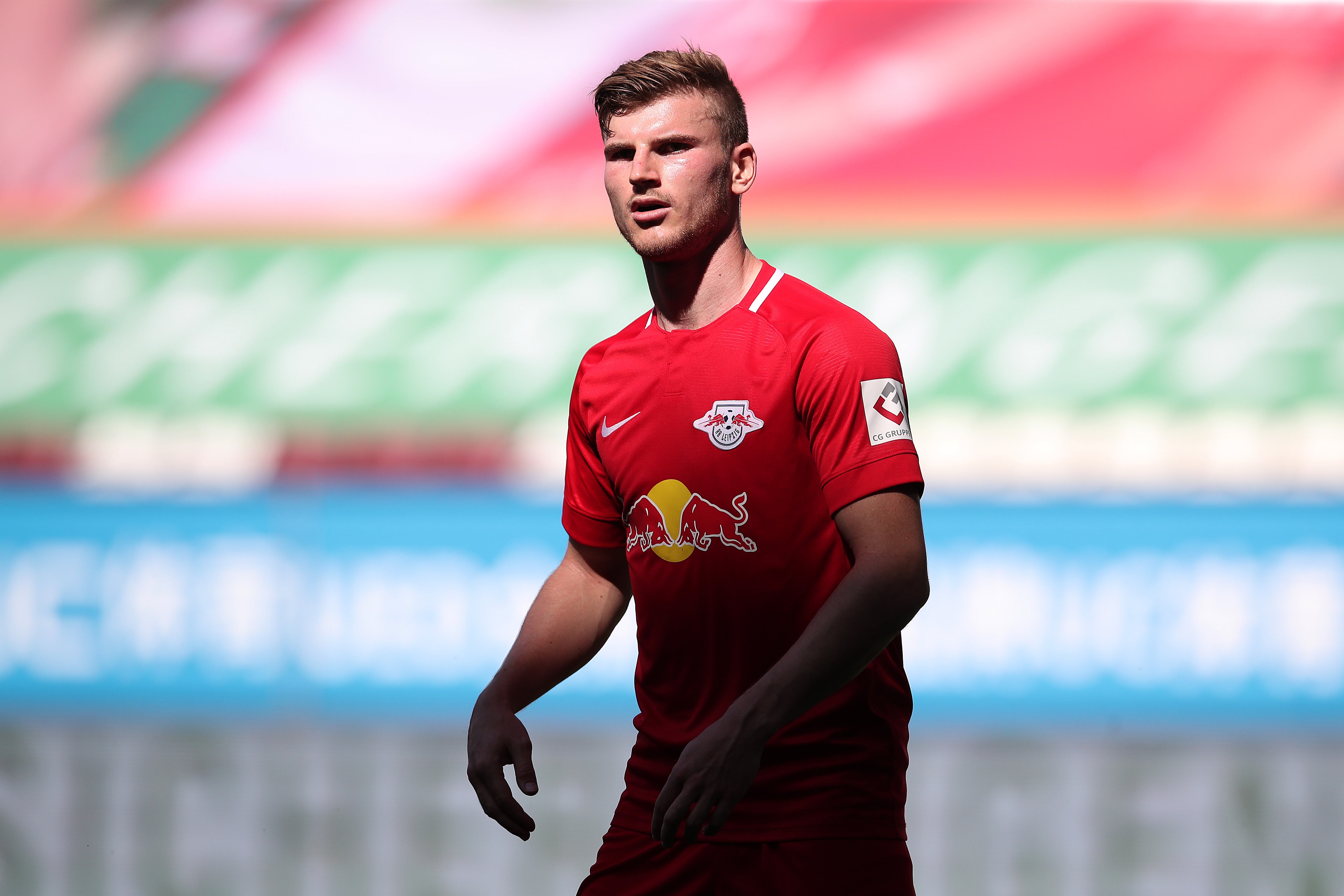 A few Werner goals in those periods would have turned defeats into draws and draws into wins, and before you know it, Leipzig have clawed back the points deficit from Bayern and are making the title race into one worthy of the name again. And winning the Torjägerkanone from perennial holder Lewandowski would have shown Werner that he can achieve his goals at Leipzig.

What was causing Werner’s issues? Largely, he had to cope with being played out of position to accommodate Patrik Schick, the Czech Republic international loaned from Roma. At 24, Schick is the same age as Werner, but has never produced the same kind of output – his best tally is 13 goals in 35 games for Sampdoria in 2016-17; Werner has bettered that in every season at Leipzig. Schick duly failed to make an impact at Roma, who shipped him out in September 2019, and when he arrived at Leipzig he was clearly intended to be a back-up to Werner.

Nagelsmann, it appears, thought otherwise, and wanted to get the two forwards into his starting XI. But the experiment was a disappointment. Schick didn’t show enough to warrant being played as the team’s main attacking outlet and while there were flashes of a partnership between the pair, it wasn’t fully clicking. When Werner was returned to the role that should have been his all along, he hit a hat-trick against Mainz, with Schick watching from the bench.

Not only did this experience impact Werner’s Leipzig tenure, it may be why he cooled off on the idea of moving to Liverpool. At Anfield, Werner would have to contend with the brilliant Roberto Firmino, Sadio Mane and Mohamed Salah. He’d either be vying for Firmino’s role through the middle, shunted wide or Jurgen Klopp would embark on an experiment to get all four forwards into his team on a regular basis. Werner is clearly not afraid of competition – Chelsea have Tammy Abraham, who has impressed in his first Premier League campaign, and the experienced Olivier Giroud – but there’s less of it at the London club. Perhaps Klopp wanted to safeguard his squad for Mane and Salah’s Africa Cup of Nations absences – but Werner would not want to play second fiddle.

That’s less likely to be a problem under Frank Lampard. Giroud blows hot and cold and is generally used as an impact substitute. Abraham, 22 in October but further behind Werner in his development, can’t carry the load on his own. And with financial matters also involved – Chelsea in a better position to spend big than Liverpool – the pieces were in place. It was a surprising decision, but for Werner and for Chelsea, it may prove to be the right one. 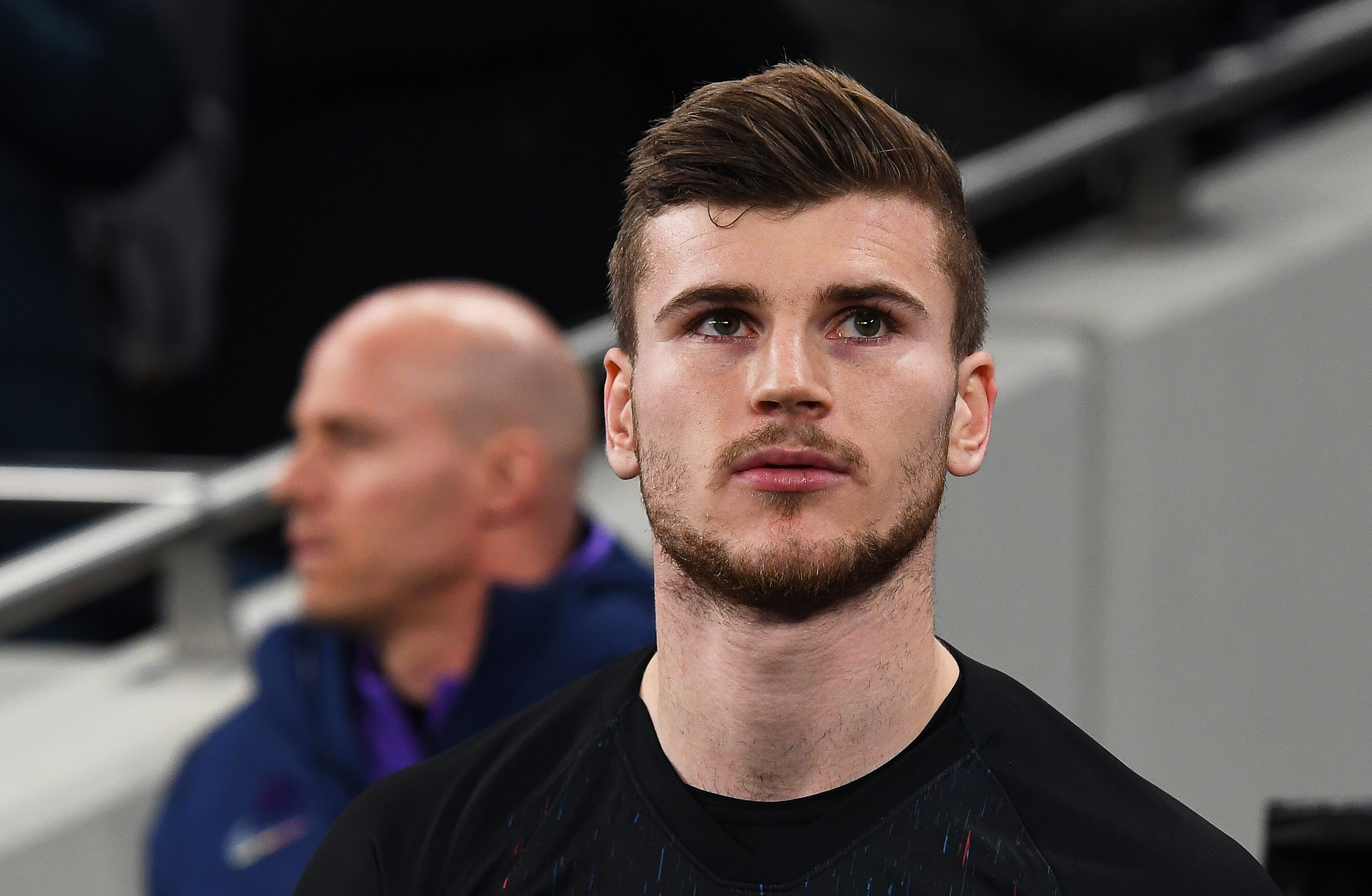 Chelsea have opted to spend big once again in acquiring a new No. 9 for the upcoming season, with Timo Werner set to cost the London giants reportedly more than £100m on a five-year deal.

The Blues have had trouble securing a quality and reliable centre-forward over the years, despite spending large sums of money in the transfer market. Since the days of the legendary Didier Drogba, they have brought in players who looked good on paper but did not deliver. They include Fernando Torres, Radamel Falcao and Gonzalo Higuain, all of whom came at significant expense, and produced insignificant results.

Alvaro Morata, signed when Antonio Conte was on the coach’s bench, was solid but ultimately disappointing and swiftly returned to his native Spain. Olivier Giroud, a smart pick-up from Arsenal, has contributed but isn’t of the calibre Chelsea need if they’re going to challenge for the Premier League again. The best of the post-Drogba bunch was Diego Costa, who brought goals, trophies and controversy. Chelsea need the first two of that triptych from Werner.